The Dress of the Queen-Mother of Bhutan

Its handwoven and its decorated with embroideries made of Silver and Silk. Very fine art at highest level. The Bhutanese textiles represent an archive in rich and complex unique art of form.

The current dynasty of hereditary Wangchuck was established in 1907. His Majesty Ugyen Wangchuk became the first hereditary ruler of Bhutan on 17.12.1907. The kira is the traditional dress worn by women in Bhutan.The kira consists of a large rectangular ankle-length dress that is worn over a blouse called wonju and it´s worn over a short silk jacket called toego.
The Kira that is worn every day is made of cotton or wool, but for special occasions it is usually worn in raw silk.
It should be remembered that all Bhutanese citizens are required too wear the Kira  in public.

The Queen of Bhutan Jetsun Pema with the Duchess of Cambridge Kate Middleton in Thimbu, the capital of Bhutan 2016. 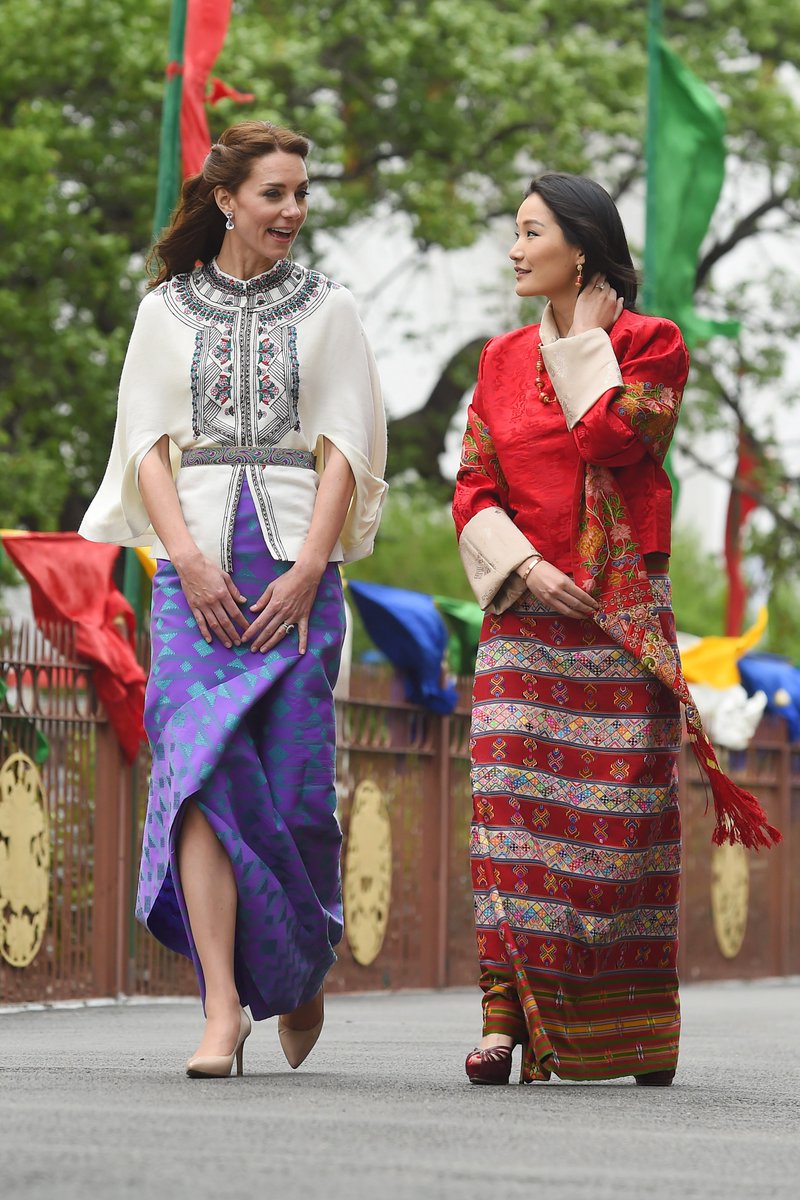 Please include your phone number so we can contact you

Note: HTML is not translated!

Enter the code in the box below: